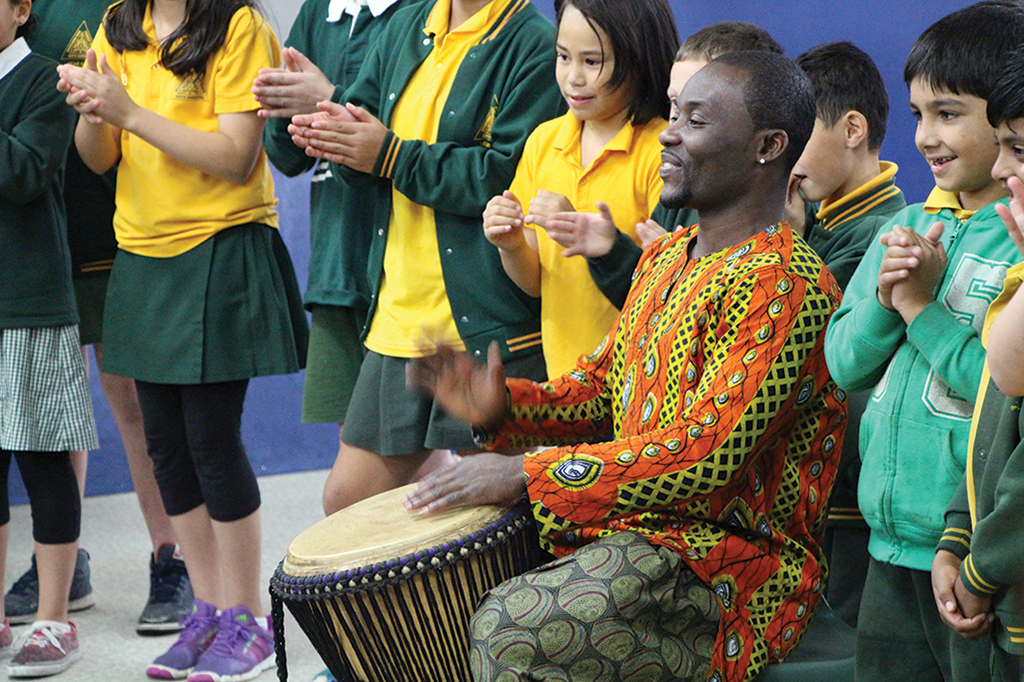 There are many reasons to teach diversity in education settings as cultural pluralism and multiculturalism have become a core and integral part of the modern curriculum.  With increasing globalisation and growing international influences in everyday life, where rapidly changing populations across the industrialised world will mean a growing proportion of culturally and ethnically diverse demographics, children need to be educated to acclimate themselves towards a pluralistic future.

Classrooms are becoming more diverse as the percentage of culturally and ethnically diverse students increase.  According to a report from the Pew Research Center, 50.3 percent of students in 2014 were the minority, whereas 49.7 percent of all students were white. By 2022, 45.3 percent are projected to be white, and 54.7 percent are projected to be the minority.

Teaching multiculturally is inclusive, pedagogically sound, integrative and raises awareness about how diversity is an asset to the mosaic of different cultures in modern society.  Music can have the capacity to connect different cultures across the world.  Researchers in the United States produced a mock news clip of an American and Arabic person playing music together and showed it to survey participants, who reacted more positively and less prejudiced towards Arabic people.

Ethnomusicology is the study of music as a culture, where music in a total musical system, including songs, musical instruments, music production and cultural symbolism of music is carefully examined and understood as a function of the complex interactions between concept, behaviour and sound.  Enculturation is the process of familiarising oneself with the practices, rules, taboos, patterns and beliefs about a culture’s ideas without having to learn them.  By studying the cultural origins of music from different global communities, students can better articulate the culture’s beliefs, behaviours and thoughts.

Educators have the capacity to raise awareness of difference and strengthen the foundations of tolerance, reducing discrimination and violence, and learning to live together” (UNESCO, 2017).  Music as a language and cultural expression may contribute to interpersonal and social understanding.  Research in music education demonstrates that music contributes towards intercultural understanding in education stands by fostering a sense of community, celebrating diversity and positive coexistence (Joseph et al., 2018).  As agents of change through the discipline of music education, educators can incorporate multicultural music as an important aspect of the student curriculum.

Music education should not only involve the performance of music but also encompass the people, locations and cultures involved in the creation of it.  As industrialised economies become increasingly diverse, the importance of a diverse palette of musical styles, cultures, and genres for students grows.  The modern curriculum should encourage students to explore a variety of styles and traditions from across the world and showcase the accessibility of instruments from traditional brass, woodwind and strings to world percussion, native flutes and folk instruments.

Sound Infusion provides a platform for students to create compositions using instruments from around the world, from Indonesia to Brazil to Spain and Australia.  The app also provides notes on the cultural and historical background of the instruments so that students can learn about how and where the musical instrument came from.  Sound Infusion is easy to use and does not require additional setup in the classroom.  Students can create unique compositions and share them with teachers and peers and discuss the cultural importance of music through the act of performance.