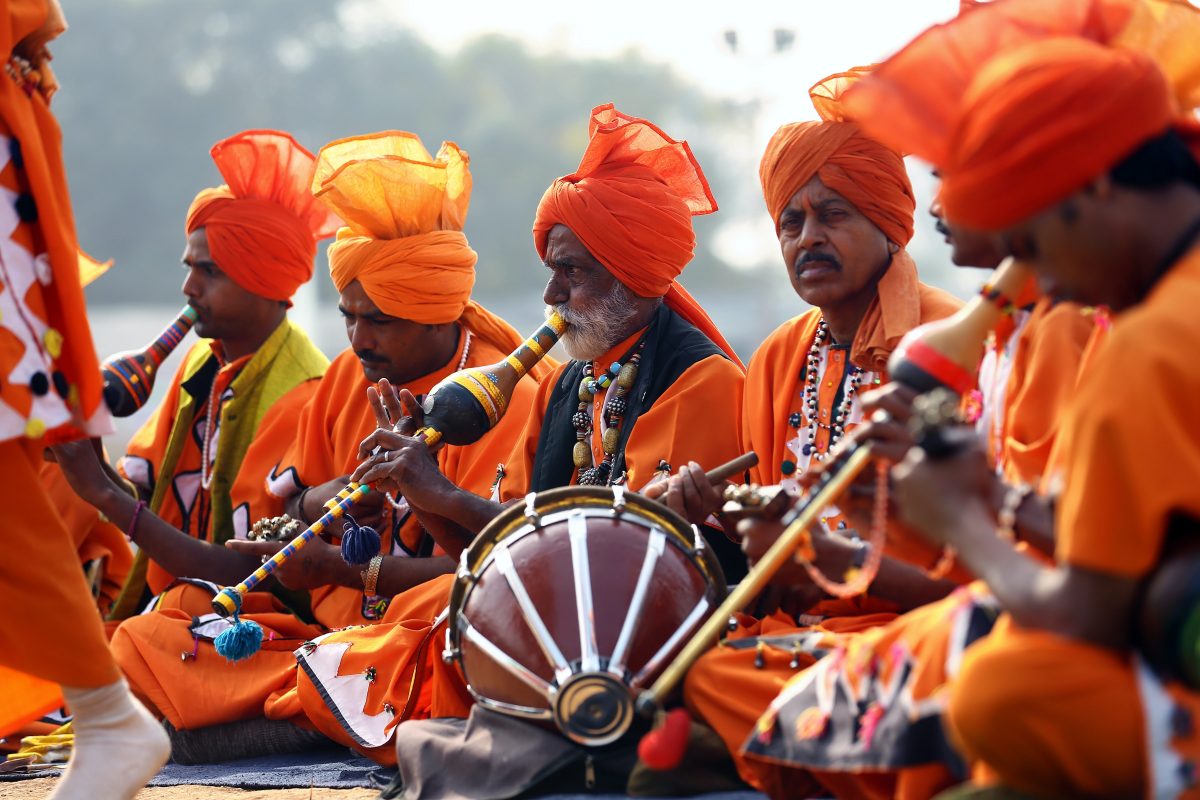 Music is considered a universal language, encompassing the imagination of the human mind; representing a creative freedom whereby artists produce compositions with sound, rhythm and instruments. Research has shown that active engagement with music improves human perceptual, language and literacy skills as musical experience shares the same processing system within the brain as speech. Music can help build a strong foundation of comprehension and problem-solving ability while learning more effectively in a relaxed environment. Music adds great value to individual development and can encourage independent thinking, which is critical when learning about other cultures.

Music facilitates mutual understanding among individuals. The creation of all forms of music is the representation of self in which personal thoughts and feelings are decoded into the music pieces. Some people may find it challenging to express themselves verbally and find that they better experience their inner sensations and interpretation of the moment through music. Music is a way for one to visualize life and instigate profound memories. In a cultural context, music is an intrinsic part of gatherings, festivals, and belief systems. Sound and rhythm patterns give a particular perspective into an individual’s opinions of the culture, subcultures and social issues of the times.

There are now a strong body of evidence, including studies in Finland and the USA, supporting that music is associated with enhanced memory and verbal skills in people with various type of brain impairment. In cognitively healthy people music instigates creative and imaginative thoughts and feelings to the degree there may be a restructuring their thinking and the way information is processed. (Benz et.al. 2015)

Music therapy pioneers the implication of music to direct people who have hardship in expressing themselves verbally so they could maintain connection with the outside world. This is significantly demonstrated in research undertaken on the effects of music therapy with autistic children. In general, feedback indicates that music imposes calming and stimulating effects that help shape personal perceptions into musical expressions; activate imagination; and formulate the most appropriate way that a person feels to open up to others.

Often therapists observe that from a particular musical experience, they can gain a clearer understanding of the person or even identify an aspect of the person that they, themselves, have not yet realized. This demonstrates that music contributes not only to develop one’s self-awareness, but also enhance interpersonal understanding. Knowing ourselves is the key to engaging with others.

Cultural diversity is recognized across nations with regional distinctions in values and virtues, which makes it difficult for people to truly empathize with another’s culture, therein being an obstacle in gaining accurate understanding of the other. Noting this undeniable barrier, music is of great significance in that it is an artistic channel for us to put ourselves into others’ shoes. (Hallam 2015) Listening to music about others’ stories and feelings bridges through differences and misunderstanding among people, communities and nations.

Through listening to others’ musical creations, we can gain better insights into the values, rationales and concerns of other cultures. It is a remarkable experience when music bonds people with a resonance in which similarity and empathy maintains trusting and sincere relationships. The power of music is infinite as it further connects the world and brings depth and quality to world cultural diversification, preservation and exploration.

In light of the interpersonal and intrapersonal advantages that music produces, music has a far-reaching influence on world culture and development. Music, itself, reveals how world culture influences our life. The emergence of different kinds of music – including but not limited to, pop, jazz, classical and techno – symbolizes diversity in our life as in music there are no bounds. It is all about creation and sharing for joy and appreciation.

Music influences our life greatly by acting as an archive of world cultural evolution. Since music could be a presentation of personal feelings and interpretations about social, economic and cultural issues of the times, a collection of it illustrates the society where we live in the past and present. Lady Gaga, a well-known American singer, has published her song “til it happens to you” which reflects her personal concern about sexual harassment towards woman.

Music also indicates the development of American culture regarding gender equality and feminism that raises public awareness towards the protection of women. Although music does not guarantee comprehensive understanding of others, it sheds light on how to connect people and guide people to be aware of what is happening in the world around them. This is how music plays an important role in cultural exchange, because the enjoyment of music exposes us to other’s lives without location or time limitations.

Music is intertwined with culture due to changes happening to each concurrently. A music revolution is identified when the advancement of technology changes the form of presenting music from live shows in theatre to radio and song tracks that are streamed; a world culture that begins to emphasize convenience, diverse works, and accessibility to make information – or more so knowledge – available to as many people as possible in this contemporary world of digital apps and platform.

This is evidenced as music can be ‘bottom up’ change agent – particularly among the youth of a developing democratic country – creating modern and mobilized communities into the future. The improvement in music delivery and technology marks the changes in world culture as they are linked-up cause and effect.

Another great role of music in world culture is that it enhances preservation of human heritage. As music guides people to interact with others’ lives through interpretations of sound, it broadens one’s perspective to think with open-mindedness and empathy, which are essential qualities to sustain understanding of the difference in cultures across generations. People who possess these characteristics have a high likelihood to accept others’ cultural backgrounds and relevant beliefs and behaviors with respect and tolerance, particularly a willingness to educate their children with cultural diversity.

We put preconception aside to allow ourselves to be fully available to hearing others. This serves as a crucial milestone to strengthen connectedness around the world. We lighten ourselves so people can see us even though we may both be watchtowers.

Music has further encouraged the exploration of possibilities and the unknown. The greatness of music comes from its creativity-based aspect, which sustains people’s awareness to grow and perceive things in the world out of their usual frame. Sound Infusion, a music production software, covers the sound of musical instruments worldwide, prompting users to facilitate different instrumental combinations from diverse cultures to compose their own music. The enrichment of knowledge about different music cultures introduces people to other cultural traditions and preferences, which makes it easier for cultural exchange and in the education of diversity.

Music is certainly one of the dominant interactions that we all experience on a daily basis. What we may not realize is its incredible role in world culture through its influences on personal development, relationship building, heritage preservation, and changing the world for the better. Music is a gift that colors our life and enhances our relationships – interpersonally and interculturally – a bridge into the hearts and minds of others.