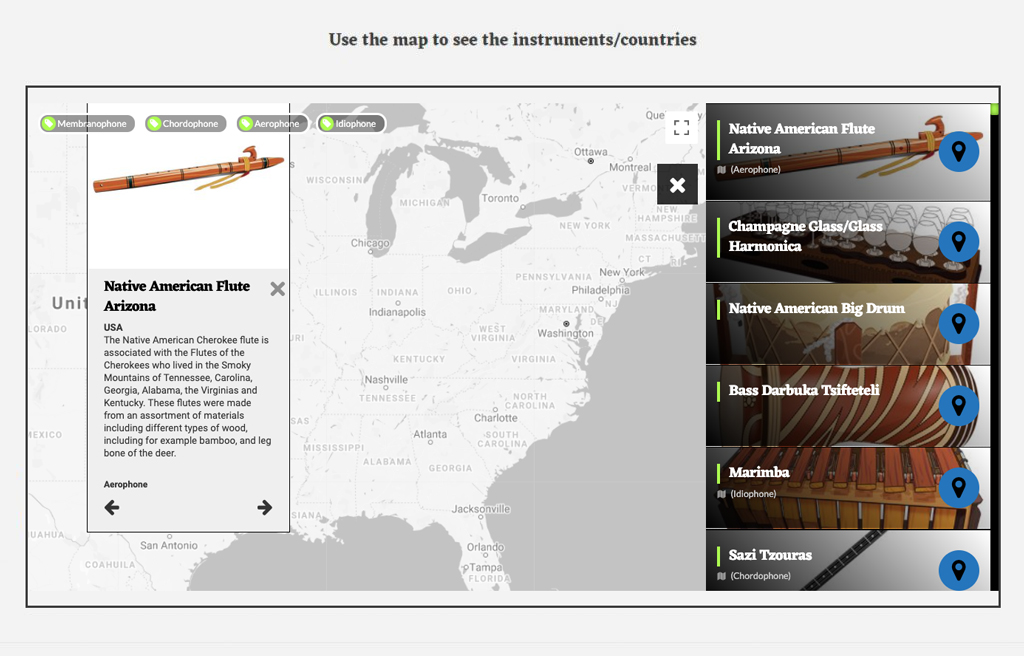 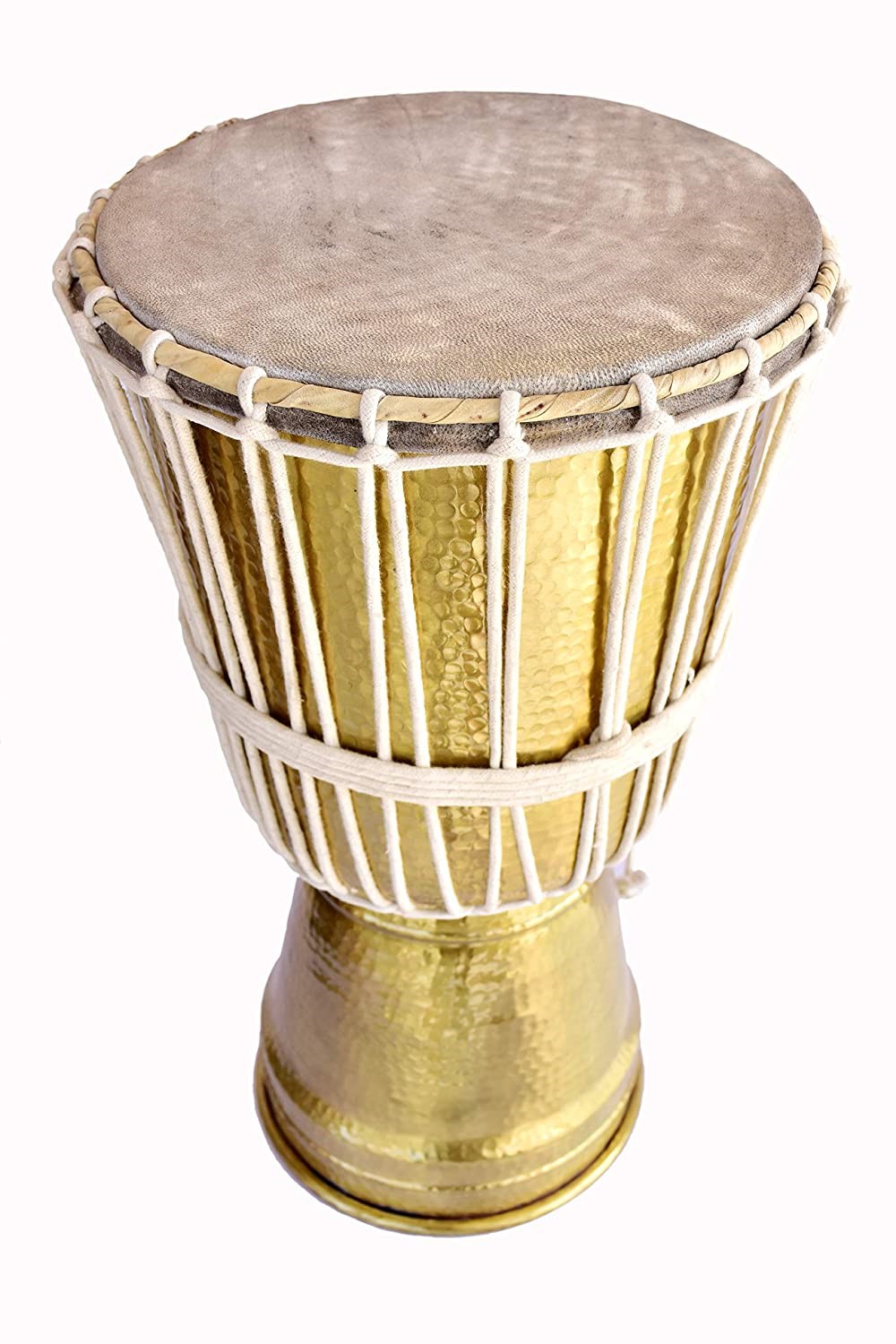 A membranophone is a type of musical instrument which produces a sound by vibrating a stretched membrane. A membrane is a very thin piece of material which covers the opening of an object. Most membranophones are drums.

There are four main types of membranophone:

An idiophone is a type of musical instrument in which sound is created through the vibration of the instrument itself. They differ from the other instrument categories as they do not require a string, air or membrane to produce sound.

There are two main types of idiophones: 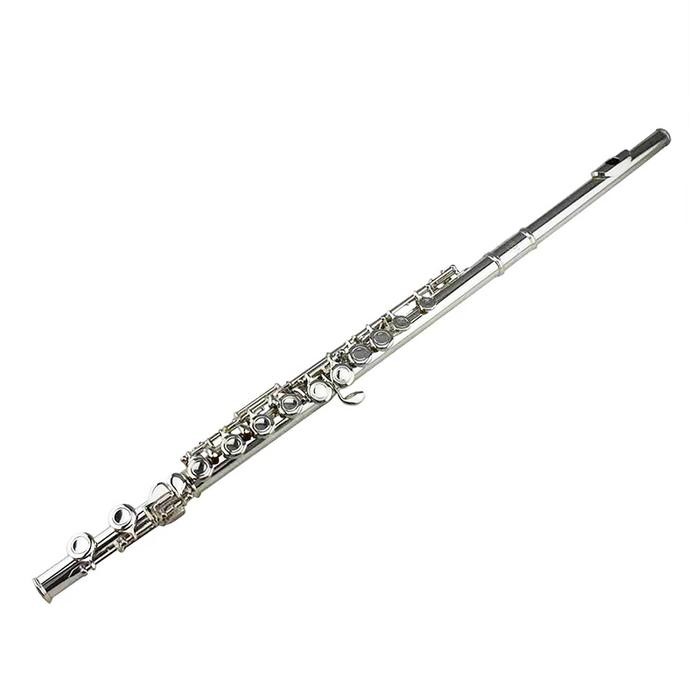 An aerophone is a type of musical instrument in which a mass of vibrating air causes sound to be produced.

There are three main types of aerophone: 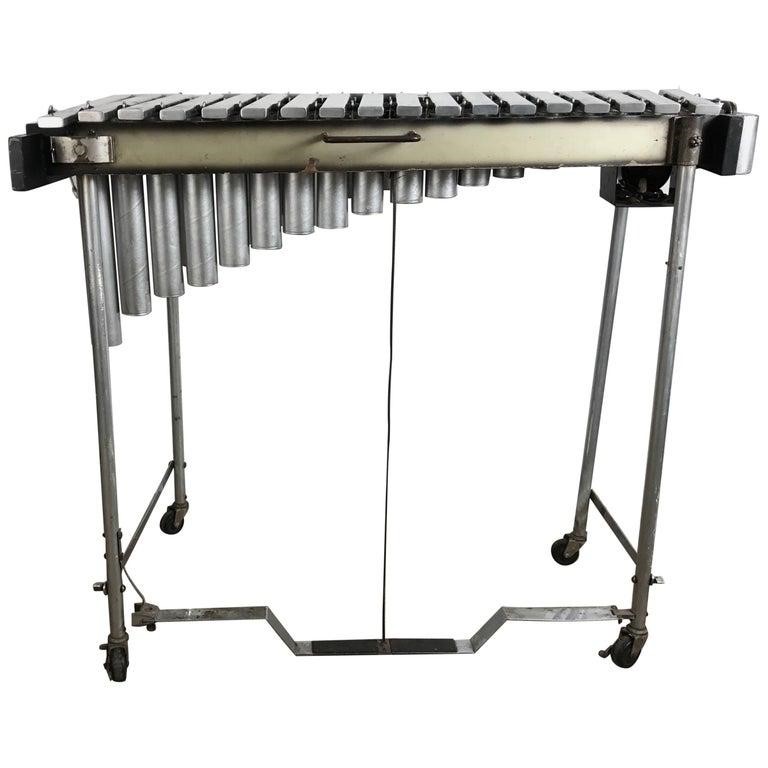 An electrophone is a type of musical instrument in which the sound is either produced by an electronic means or is produced and then electronically amplified via a speaker, pickups, microphones or other transducers (an electronic device that converts electrical signal into sound).

Examples of electrophones include: theremins, ondes martenot, electronic organs and synthesizers which all use electronic means to generate sound. As well as vibraphones, vibraharps metallophone which all make use of electrical fans. And finally the conventional Electronically amplified instruments include instruments like guitars and pianos. 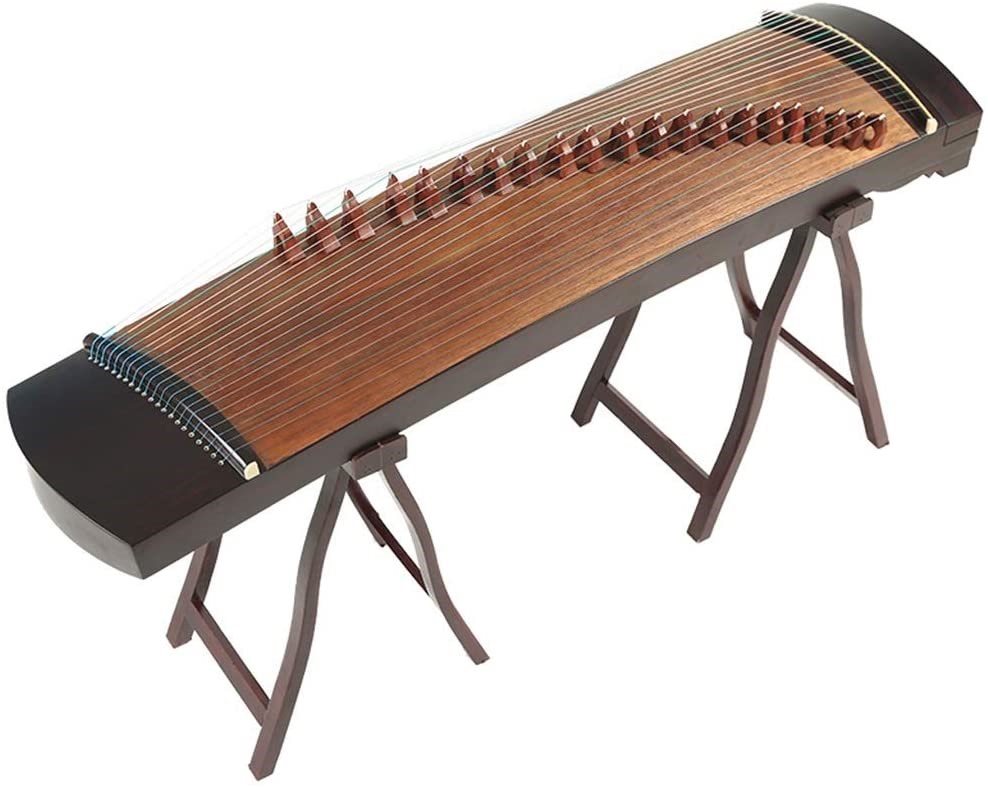 A chordophone is a type of musical instrument where a stretched vibrating string is utilised to create sound. The string is stretched between two points and can be bowed, struck or plucked.

First ensure you have added them correctly as your students. They should be invited via the STUDENTS panel on the dashboard, which will allow you to monitor their Sound Infusion accounts and projects; do not direct students to sign up for individual accounts themselves. Using spaces in the username is also not recommended as this can cause issues sometimes (e.g. instead of John Boyle, try to use alternatives like JohnBoyle or [email protected]).

You can also try signing in with one of the students’ accounts on your system to see if there is any authentication problem in using those credentials.

Sound Infusion differs from other digital audio workstation (DAW) tools in that it is purely browser-based. It is convenient, portable and secure, and does not require any installation, instead running on the cloud and continuously drawing resources such as sound files from our servers via the internet.

Ensure that you have been saving your work and have given it a suitable name. Sound Infusion does not have an auto-save function.

First, try to rule out any common reasons for error.

Do you have an excessive number of tabs open in your browser that may be causing the app to crash?

You may also want to try getting in touch with your school’s IT department just in case they are able to help.

If you have tried all the above to no avail, please contact us for support at [email protected] with a detailed description of the issues you are experiencing and we will get back to you ASAP